The Platform of European Memory and Conscience (PEMC), which brings together 62 institutions and organisations from 20 countries, dealing with Europe’s 20th century totalitarian past, calls on the European Parliament and the European Commission to protect the Memorial association. Russian authorities are planning to shut down one of Russia’s oldest organisations for historical memory and human rights under pseudolegal pretext. The Estonian Institute of Historical Memory joined the statement as one of the founders of PEMC.

The statement by the Platform:

The Platform of European Memory and Conscience expresses its deepest concern regarding the new legal procedures initiated by Russian Federation authorities to liquidate the Memorial association. The Prosecutor General’s office and Moscow Prosecutor’s office filed a lawsuit requesting that International Memorial and Memorial Human Rights Centre be delegalized.

Memorial is known worldwide for its efforts to save the memory about victims of communist crimes and to protect human rights in contemporary Russia and other countries. Memorial has gathered a unique archive, published numerous books and online databases, and organised countless educational campaigns.

Their input into recovering forgotten histories of mass repression in the former Soviet Union is hard to overestimate.

The Platform of European Memory and Conscience calls on the European Parliament and European Commission to undertake action in order to protect Memorial. We call on all individuals and organisations involved with memory and remembrance to join an international campaign in defence of Memorial. Let us show solidarity with those who have done so much for all of us! 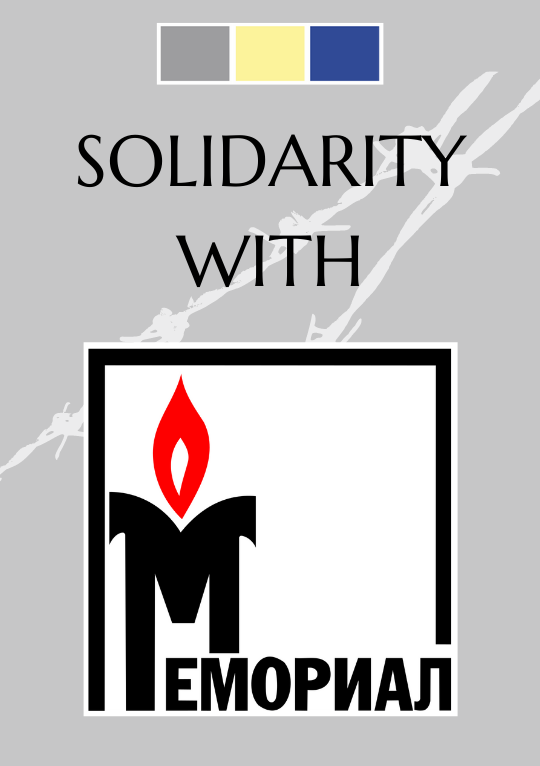