Map: Aggression in Europe. 81 years since the Hitler-Stalin Pact

August 23 marks the 81st anniversary of the signing of Hitler-Stalin Pact that paved the way for World War II, which completely changed the map of Europe, and caused the loss of millions.

The pact between Nazi Germany and the Soviet Union accompanied the secret protocols that divided Eastern Europe into spheres of influence. In violation of international law, the two totalitarian superpowers arbitrarily decided smaller countries' fate, as this later led to their occupation and annexation (chronology of events).

The pact was terminated on 22 June 1941, when Germany attacked the Soviet Union. It ceased to exist when one of the signatories, Germany, capitulated in 1945.

The sphere of influence of the winning side remained in Europe for decades until the collapse of the Soviet Union. The Soviet Union denied their existence until 1989 when the Congress of People's Deputies of the USSR declared the Hitler-Stalin Pact and its secret protocols null and void. But the effects of the pact lasted longer and were completely liquidated when the former Soviet army units left the Baltic States and other parts in Eastern Europe.

In 2009 European Parliament called in its resolution "European conscience and totalitarianism" for the proclamation of 23 August as a Europe-wide Day of Remembrance for the victims of all totalitarian and authoritarian regimes. On this day, we commemorate those people, who have experienced a tragic past and suffered under totalitarian regimes. 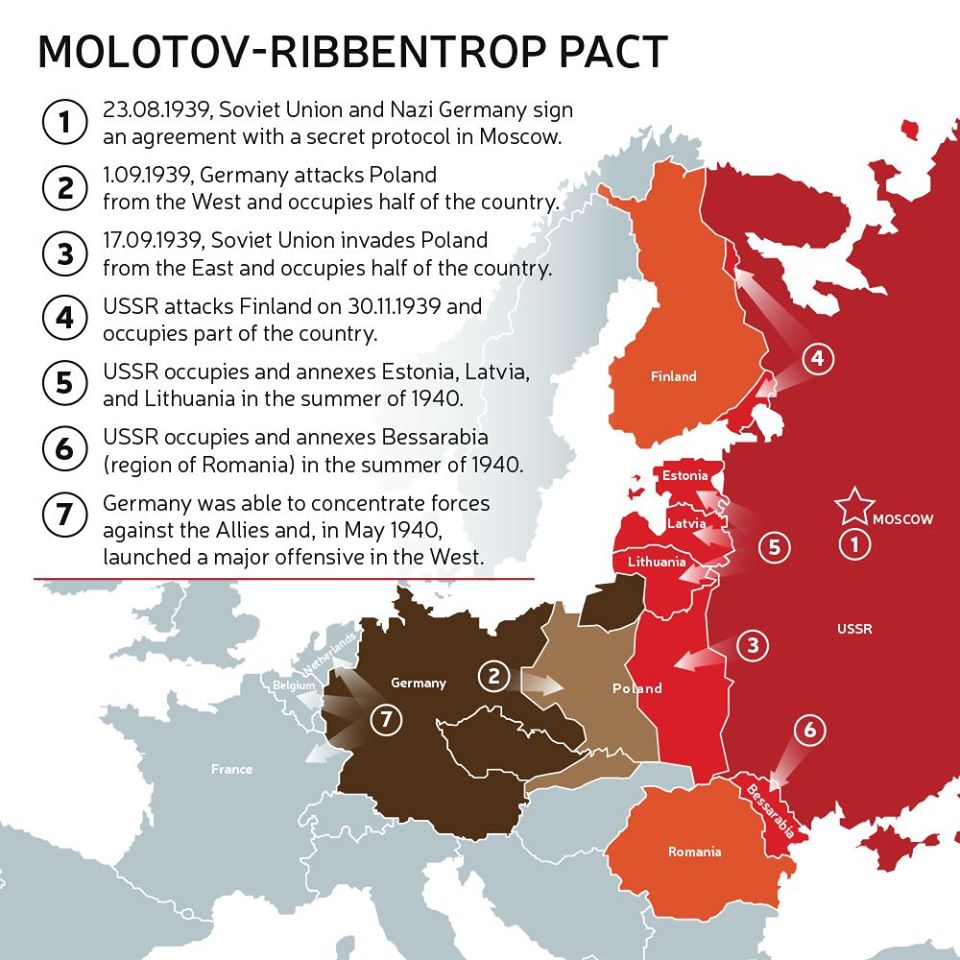