The Estonian Institute of Historical Memory opened a new e-exhibition on the history of anti-Soviet resistance, which is dedicated to the 30th anniversary of Estonia’s restoration of independence. The exhibition uses historical photos, documents, memoirs and overviews to present the brave and self-sacrificing actions of tens of thousands of Estonians during nearly 50 years of occupation. Many of them fell victim to repressions. The forms of resistance changed over time, but the end goal remained the same: regaining Estonia’s independence.

The exhibition, entitled Resistance to the Soviet regime in Estonia in 1940–1991, can be digitally and permanently seen in Estonian, English and Russian HERE. The physical exhibition can be visited in Tammsaare Park in Tallinn (on the Pärnu Road side) until the end of September.

According to Eli Pilve, the curator of the exhibition and Researcher-Project Manager of the Estonian Institute of Historical Memory, the aim of the exhibition is to show that during half a century of communist Soviet occupation, most Estonians never gave away their independence deep down.

“Some took up arms, some secretly kept a national flag at home and told their children about the life and work of their grandparents, some thoughtfully integrated forbidden ideas to their artistic production, some dared to provoke the occupying regime thanks to the courage of youth, some kept Estonian way of life alive abroad. This exhibition honours each and every one of them. In time, Estonians have learned to fight for their independence. 30 years ago, such a fight was crowned with success for the second time. Now we must learn to keep our independence,” Pilve said.

The Estonian Institute of Historical Memory dedicates this exhibition to everyone who contributed to Estonia’s liberation from the communist Soviet regime and the restoration of independence on 20 August 1991. 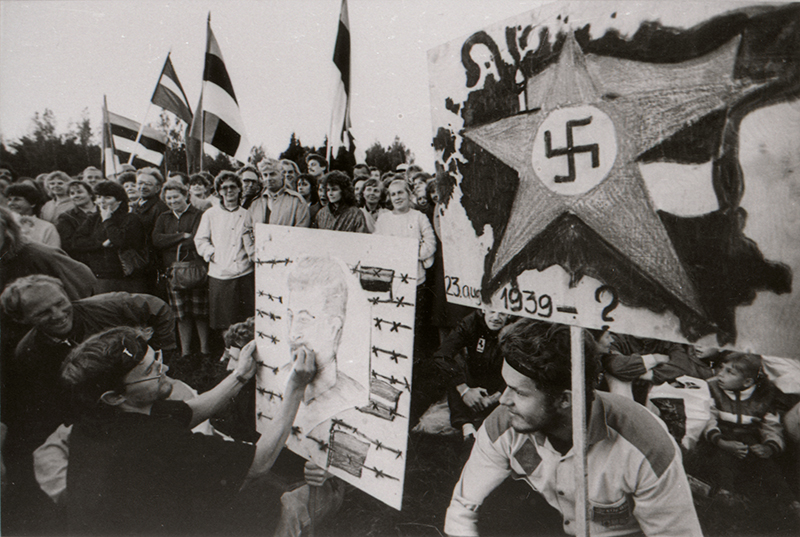 20 August 1991, the day of Estonian Restoration of Independence, was the culmination of resistance that had lasted for half a century. The form of anti-Soviet resistance changed as societal circumstances and the position of the occupying Soviet regime changed in Estonia. The goal, however, remained the same throughout the decades – to restore Estonia’s independence and liberty. The exhibition summarises the Estonians’ resistance against the communist Soviet occupying regime during nearly 50 years.

In the 1940s and the first half of the 1950s, tens of thousands of Estonian citizens participated in armed resistance as Forest Brothers or their direct supporters. During the violent suppression of the Forest Brothers’ movement and the securing of the occupying regime’s power, the form of resistance changed. Underground (youth) organisations were created, banned activities were arranged, dissidents joined together and distributed forbidden literature and attempted to stay in touch with Western countries, a large part of the population showed passive resistance (either preserving the traditions of the Republic or making fun of the regime and ignoring its commands).

Fighting such aspirations, the communist Soviet repressive apparatus killed, tortured and imprisoned thousands of members of the resistance as well as their family members. Communist repressions were not only limited to people involved with the resistance. Estonia’s electronic memorial for the victims of communism holds public records of more than 100,000 repressed persons. 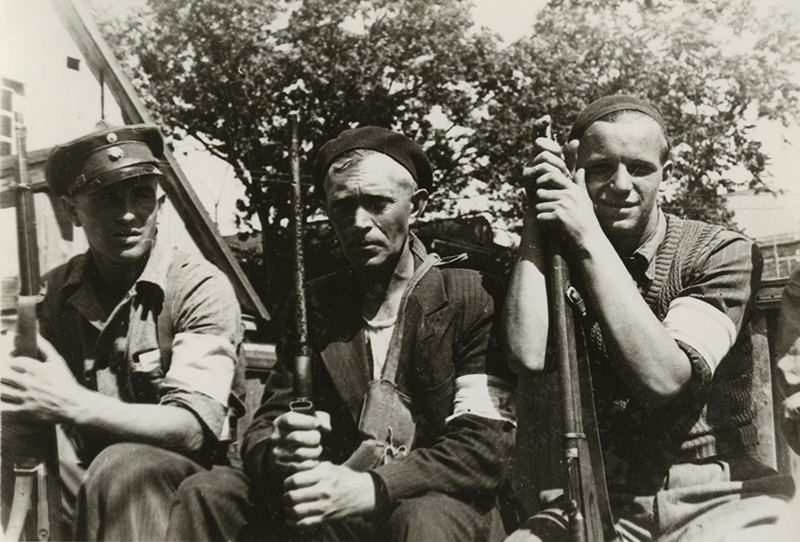 Diplomats of the Estonian Republic that stayed abroad had an opportunity to continue their activities. Together with the government-in-exile and Estonian communities abroad, they maintained Estonia’s national and cultural continuity and kept the world informed about the situation in Estonia.

As Soviet Union weakened under the weight of its socio-economic problems and the bankruptcy of its ideology, supporters of liberty and democracy began to take action and speak out. They managed to engage the absolute majority of the people, who had never given up hope that the blue, black and white flag will once again adorn Estonia.

The result was the restoration of the democratic Republic of Estonia, a state founded on liberty, justice and rule of law that first declared its independence on 24 February 1918, on the principle of legal continuity. Symbolically, the moment of restoration of independence is 20 August 1991 at 23:03, when the Estonian Supreme Soviet proclaimed Estonian independence from the Soviet Union.

The stories featured in this exhibition serve as a reminder that liberty must be fearlessly protected, because once it has been lost, it might take generations to restore it. During this time, countless tears will be shed and blood will be spilt, and no one can guarantee that liberty will return at all.

The Estonian Institute of Historical Memory dedicates this exhibition to everyone who contributed to Estonia’s liberation from the communist Soviet regime and the restoration of independence on 20 August 1991.