The Estonian Institute of Historical Memory has compiled an interactive exhibition The ‘Liberator’ Arrived in cooperation with the National Library of Estonia.

The exhibition can be seen HERE.

The viewer gets an introduction to life in Estonia in 1944-1945, when the country had fallen under the occupation of the Red Army yet again. The contradiction between Soviet propaganda and reality was outrageous. The exhibition is based on official documents of the era that are compared to Soviet propaganda posters.

According to the Member of Board of the Estonian Institute of Historical Memory Meelis Maripuu, it is important to remember that the end of the Second World War 75 years ago did not mean liberation to many European nations; instead they fell under the control of a new conqueror. 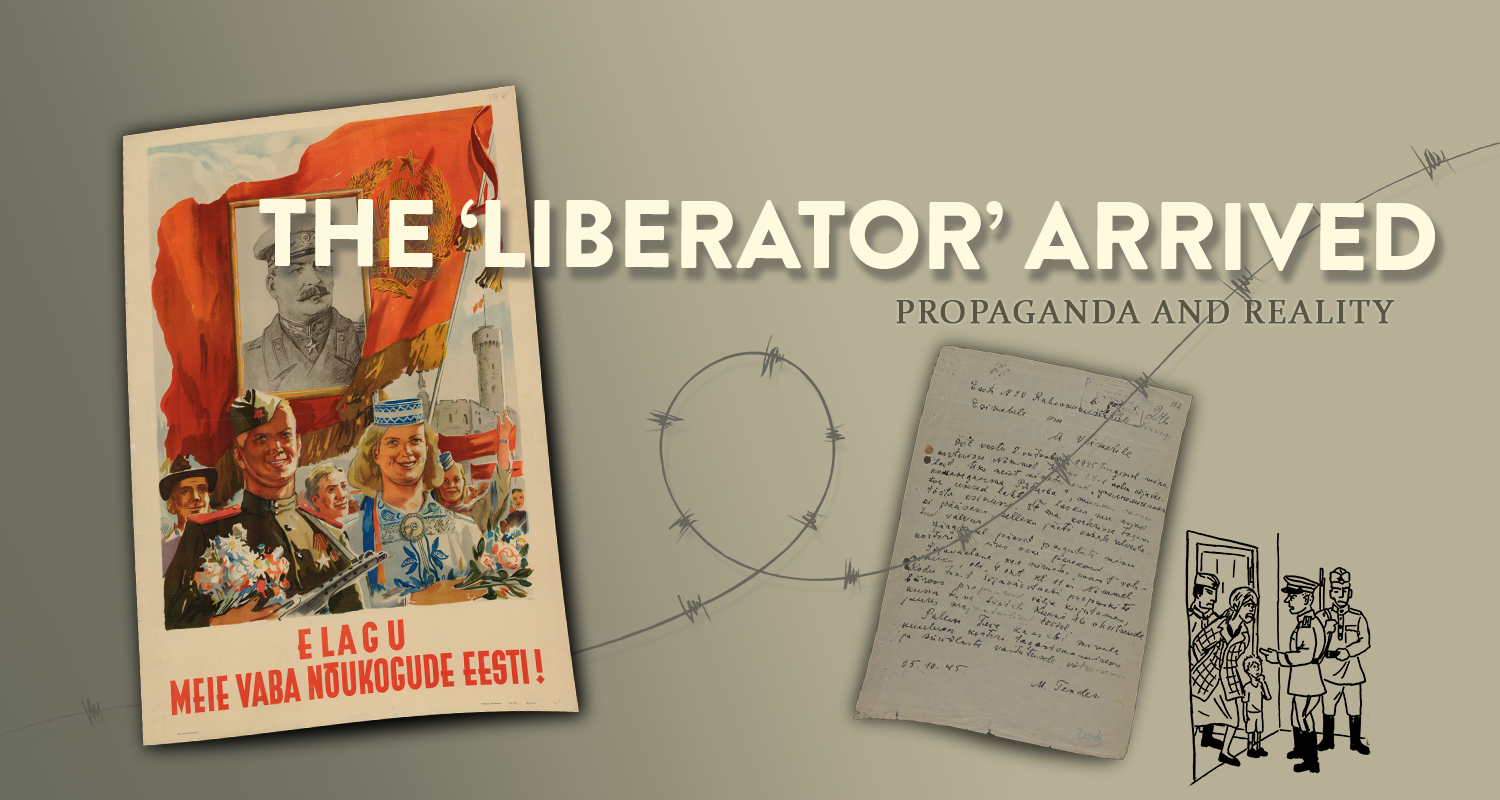 ‘The Red Army’s invasion in Estonia and the reoccupation of the country in 1944 was a catastrophe not only in light of international law, but also because it meant that our people fell victim to the uncontrollable terror of Red Army soldiers and officers,’ said Maripuu.

According to Peeter Kaasik, the curator of the exhibition and Senior Researcher of the Institute, there are plenty of documents on this topic in the archives. The unlawfulness of Red Army soldiers and officers as well as direct violence against defenseless civilians reflects in the reports of communist functionaries, who themselves felt that they were unable to control the situation.

‘The creation of the myth of a Liberator immediately after the reoccupation of Estonia was an important task for Soviet propaganda, because it aimed to strengthen the legitimacy of its own power. It has to be said that the creation of this myth was unsuccessful, because actual contact with Red Army soldiers often resulted in loss of property, health or life for the civilians. Estonians understood that a new violent occupation had been established, not that they had been liberated,’ said Kaasik.